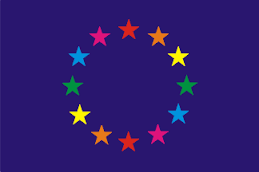 A judgement behind the times! – The Federal Court of Justice (Bundesgerichtshof) in Germany accepts the discrimination of trans* families

The Network of European LGBTIQ* Families Associations, NELFA, strongly denounces a clear discrimination of trans* families in Germany. Background is the recent decision of the Federal Court of Justice (Bundesgerichtshof, BGH). Therefore, a trans* man who gave birth to a child remains a mother in the legal sense – even if he is already legally recognised as man. The BGH states that motherhood and fatherhood were not “arbitrarily exchangeable”. The parentage of children should be traced to their biological procreation.

NELFA Board member Caroline Ausserer says, “In the last six years the legislator has failed to change the corresponding law. The so-called ‘Transsexuellengesetz’ must be abolished. The legal allocation of parents to their children should be genderneutral. Legal men can bear children and legal women can beget children. This is wonderful existing family diversity and the families deserve protection like any other family..”

NELFA’s President, Dominique Boren, adds, “This is a judgement behind the times. The Federal Court of Justice ignores the everyday reality of children in trans* families. In their birth certificates the father still appears as mother with his outdated female name. Far-reaching discriminations are the result. This can’t be in the best interest of the child.”