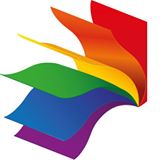 Since 1952 the Council of Europe has had working relations with international nongovernmental organisations (INGOs). In 2003, in recognition of the increasingly active role played by the INGOs, the Council of Europe decided to change the “consultative status” to “participatory”, a status currently held by some 320 INGOs.

NELFA’s President, Maria von Känel, adds, “With this decision the Council of Europe gives us the opportunity to contribute to emancipating civil society and reinforcing our participation in decision-making processes, as well as building a society based on equality, justice and human rights.”

The Conference of INGOs at the Council of Europe has established three thematic committees which are responsible for its work in the priority fields of human rights, democracy, social cohesion and global challenges as well as education and culture. The main aim is to ensure that human rights, and consequently also social and cultural rights, are included in member states’ legislation and in their daily practices.

About NELFA: NELFA is the European platform of LGBTIQ* families associations, bringing together LGBTI parents and parents-to- be from all over Europe. NELFA currently represents 29 organisations in 18 European countries with more than 25,500 members. NELFA is a member of ILGA-Europe and Transgender Europe.