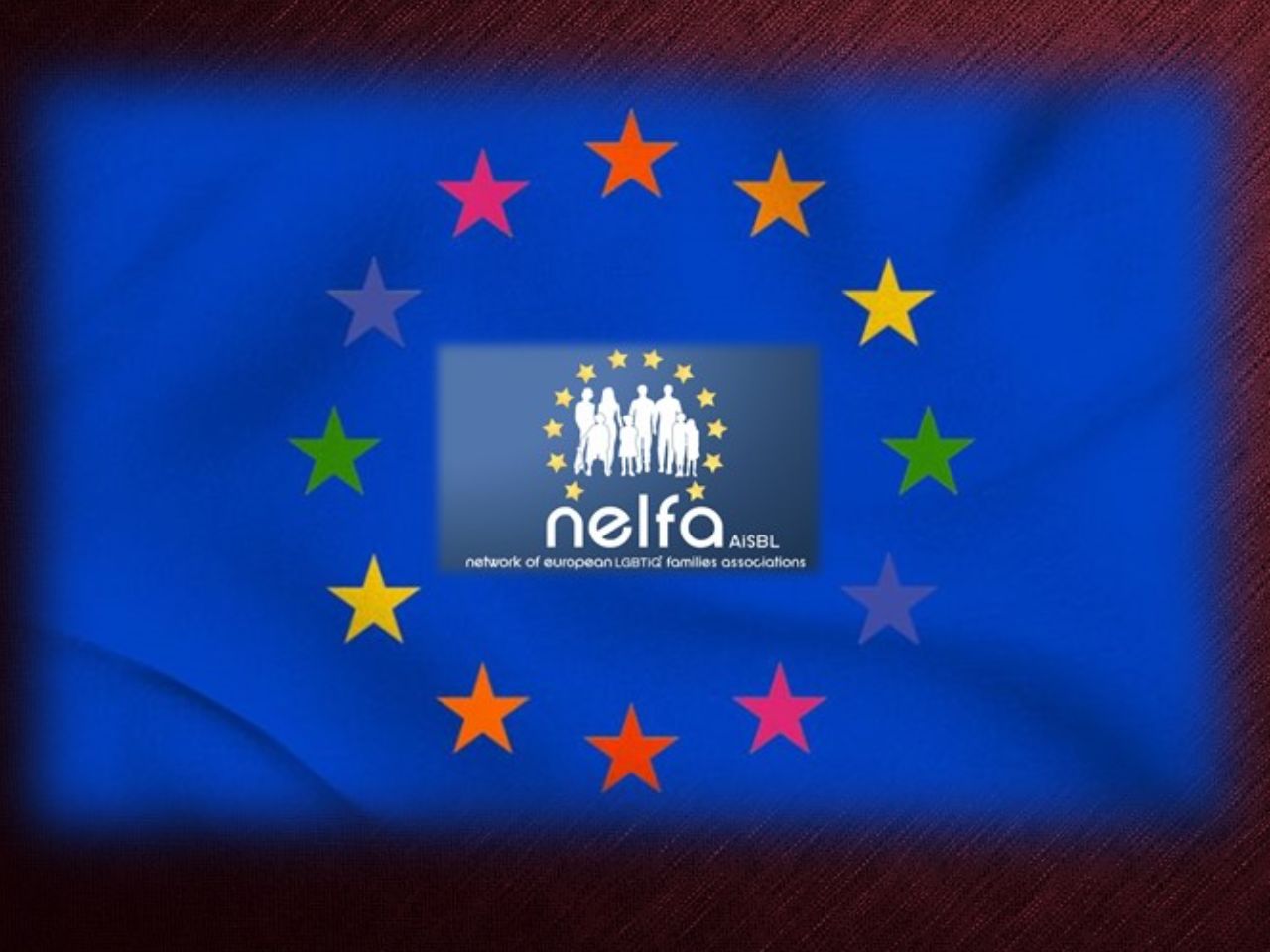 A week after the ILGA-Europe conference in Prague we are ready to send out NELFA-conference-Prague2019-outcome1. Find attached a corresponding word-document. I would like to highlight our first findings of the RAINBOW FAMILY MOBILITY MAP – thanks to your input! Another interesting project that was discussed during the conference was a NELFA website page for rainbow family input in Russian.
Unfortunately, our Board member Dominique Boren (apgl, France) had to withdraw his candidacy for ILGA because of professional reasons. We are considering a new application for the ILGA-Board in 2020. Then, the conference will take place in Sofia/Bulgaria.
ALL OUT CAMPAIGN: We are actually working on two campaigns. The first one will highlight the case of Kashka and Sinead, an Irish-Polish couple and their daughter Sofia who is stateless, because neither Dublin nor Warsaw recognise the Spanish birth certificate. The second campaign will be broader, with 4-5 family cases. Our aim is to launch it in December/January. Then, we would be able to present a first list of signatures for a meeting with Members of the European Parliament (which is planned for the 22nd of January 2020. Please, let us know about possible freedom-of-movement cases and families who would be ready to join the campaign! ( info@nelfa.org).
HATE SPEECH POLAND: Do you remember? NELFA, the European Forum of LGBT Christian Groups and the European Network of Parents of LGBTQ+ People (ENP) had sent an open letter to the EU Commission concerning the anti-LGBTIQ* wave in Poland (2nd of August 2019). Nearly three months later, we got the official response. You find it also on our Facebook page to share it widely.
RAF.TEENS: Our plans for an exchange project with adolescent children seem to be interesting for many rainbow families. It took only some few weeks to get more than 40 answers. About 20 European families are currently motivated to take part. Means: we will discuss within the NELFA Board how to move forward and will get back to you as soon as possible.
Prague-conference outcome and other news

This website uses cookies to improve your experience while you navigate through the website. Out of these, the cookies that are categorized as necessary are stored on your browser as they are essential for the working of basic functionalities of the website. We also use third-party cookies that help us analyze and understand how you use this website. These cookies will be stored in your browser only with your consent. You also have the option to opt-out of these cookies. But opting out of some of these cookies may affect your browsing experience.
Necessary Altijd ingeschakeld

Any cookies that may not be particularly necessary for the website to function and is used specifically to collect user personal data via analytics, ads, other embedded contents are termed as non-necessary cookies. It is mandatory to procure user consent prior to running these cookies on your website.