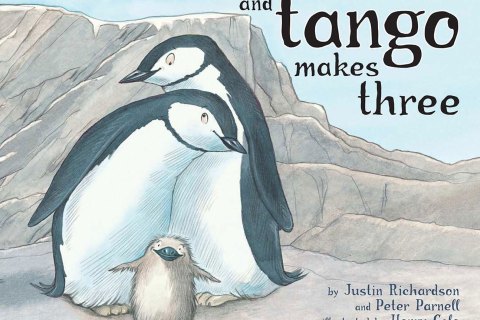 Dozens of children’s books that include themes of homosexuality and disability have been officially banned from schools in Venice by the city’s new mayor.

Luigi Brugnaro, a centre-Right businessman who was elected earlier this month, had promised during his election campaign to get rid of books about single-sex partnerships and gay adoption from schools and nurseries.

Thousands of copies of children’s books such as And Tango Makes Three, about a baby penguin in New York’s Central Park Zoo which is brought up by two male penguins named Roy and Silo, among others were introduced into the education system by the previous centre-Left administration.

However, a statement which appeared on the mayor’s website yesterday read: “Not having a complete and exhaustive overview of the matter, it was decided to recall all the books distributed by the previous administration so as to be able to establish without haste and with complete understanding of the issue whether they are, or indeed are not, suitable for children of preschool age.”

The books being withdrawn are those which deal “with themes related to physical, religious or racial discrimination”, according to the statement.

“Parents must have a say in things that determine the education of their children and must not be a priori excluded from them”, the statement continued. “So our intention is to carefully and objectively examine the texts and not hand out those that are inappropriate for the smallest children, but which will remain freely available to be consulted by adults in public libraries.”

Other banned titles include the French book Jean Has Two Mums, about a family of wolves with two mothers. And Tango Makes Three caused uproar in the US and Singapore upon its publication in 2005, and the books were removed from libraries in Singapore in 2014.

Earlier this year, Brugnaro told La Repubblica newspaper: “We don’t want to discriminate against anyone and at home parents can call themselves daddy number one and daddy number two, but I have to consider the majority of families, which have a mum and a dad.”

Venetian libraries are up in arms about the decision. Several libraries have encouraged peopleto read the banned titles, putting up signs in their shop windows reading: “Blacklisted books, be a rebel, read them”.

Camilla Seibezzi, a councillor with responsibility for anti-discrimination policies who was behind the initial campaign to introduce the books, has accused the new mayor of “censorship“.

In March, a new children’s game aimed at addressing gender inequality in Italy was met with fierce opposition from politicians from Silvio Berlusconi’s Forza Italia party and also the Right-wing Northern League.

Game of Respect which was designed to challenge young children’s perception of gender roles was berated by several prominent figures including Barbara Zilli, a politician for the Northern League party who said that the game was an underhand attempt to manipulate the psyche of young people with “deliberately ambiguous” messages.