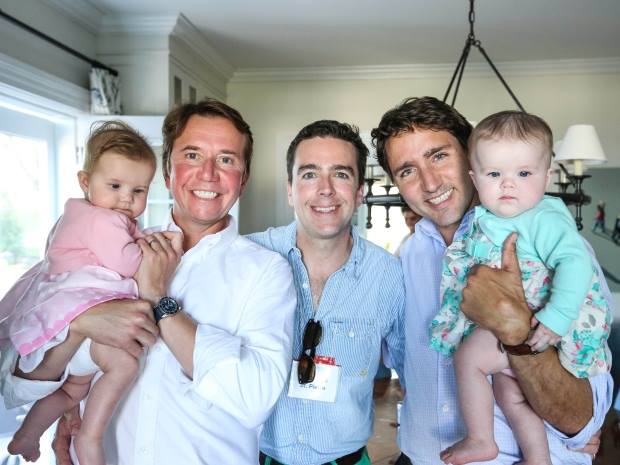 This photo of Prime Minister Justin Trudeau posing with Scott Brison and his family is being celebrated as a sign that the new government has a more open approach to gay Canadians.

“Few countries in the world display such openness,” wrote Laurent McCutcheon, a Quebec LGBT advocate who shared the photo on Facebook. It has now been shared more than 2,600 times. Trudeau is posing with Brison, a Nova Scotia MP who serves as president of the Treasury Board, Brison’s husband Maxime St-Pierre and their twin girls Claire and Rose. 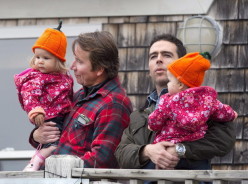 rison is the longest-serving openly gay MP in Parliament, and one of six openly gay sitting MPs. Comments on the photo praised Trudeau for the show of support for family. “Have to give it to Trudeau, he dares and it’s very good,” said one person, in French. “This photo is really great and shows sincere openness. Bravo and thank you for sharing,” said another.