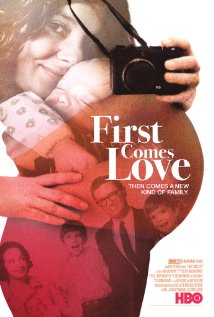 Synopsis
First comes love, then comes marriage, then comes baby in the baby carriage. For filmmaker Nina Davenport, that old playground song didn’t go as planned. Single at age forty-one, she decides to have a baby on her own, never minding the odds stacked against her or the extra hurdles of living in New York City. Filming the whole process, she excels at candour and comedy. Think of a real-life Girls, only with more grown-up problems.

Nina has spent over a decade turning her life experiences into cinematic essays, following the path of her mentors, documentarian Ross McElwee (Sherman’s March) and Robb Moss (The Same River Twice). Her combined talents as a cinematographer, editor, and storyteller set her apart from the average first-person filmmaker. She develops characters and story arcs better than most Hollywood screenwriters do. In her quest for motherhood, Nina enlists her best friend Amy as a birth partner and her gay friend Eric as a sperm donor. While pregnant, Nina winds up dating the film critic John Anderson in an unusual display of sympathy between a director and a reviewer. The process of baby-making affects all their lives profoundly. Additionally, Nina struggles to cope with the recent death of her mother, who had been a source of strength, and seeks to improve relations with her father, a source of discouragement.

The film taps into the zeitgeist topic of how the modern family is being re-imagined in the early twenty-first century. They say it takes a village to raise a child. In Nina’s case, that village is populated by urban sophisticates who have delayed procreation for as long as possible and are late in confronting its joys and chores. Nina is unflinching at exposing her inner and outer self as a case study. She’s refreshingly frank and funny about the trials that women endure in order to get pregnant, give birth and manage the early years of parenting. After watching, you’ll want to thank your mother.