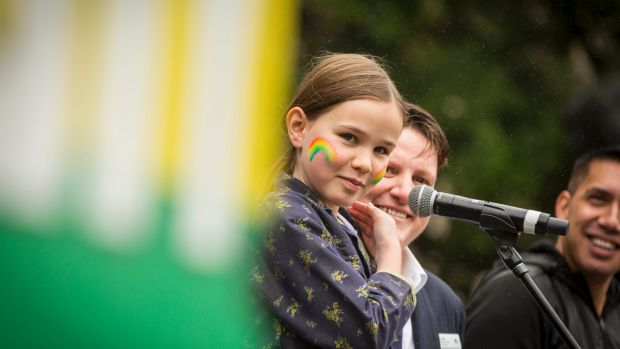 Discrimination is the main threat to the wellbeing of children of same-sex parents, according to a new review published in the Medical Journal of Australia. The study, based on three decades of peer-reviewed research, found that children raised by same-sex parents did as well socially, emotionally and educationally as their peers. The review found a consensus within the fields of family studies and psychology that parenting quality, parental wellbeing and the quality and satisfaction with relationships within the family, rather than any given family structure, are the most important factors in children’s wellbeing and development. The research has been published as Australia’s postal survey on whether to legalise equal marriage enters its final stretch. The authors of the study have been highly critical of the misuse of data on the wellbeing of children during the campaign, with Professor Michelle Telfer saying that the medical community should debunk incorrect claims, arguing that  “[w]hen damaging misrepresentations of the evidence circulate unchecked, the potential for stigmatising rhetoric to generate greater harm to this community increases”.