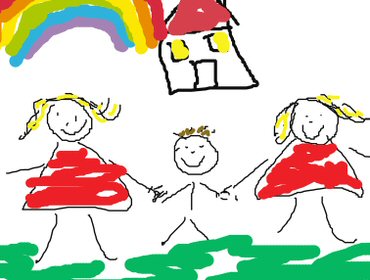 On the 1st of May, the Portuguese Parliament voted overwhelmingly in favour of extending medically assisted reproduction to all women. Until recently, this type of medical assistance was only made available to married heterosexual couples. With this vote single women and lesbian married couples will also be able to benefit from this assistance to become pregnant. NELFA is thrilled with this outcome and wishes to convey its warmest congratulations to the Portuguese LGBTIQ movement and to our Portuguese member organisation in particular, ILGA Portugal.

Maria von Känel, President of the Board of NELFA, said: “The Portuguese parliament voted on the right side of history. This is one more injustice out of the window, placing Portugal in the top ranking of LGBTIQ equality.”

Luís Amorim, Vice-President of the Board of NELFA, stated: “I feel extremely happy for my sisters today. This vote has made Portuguese society more equal and more just.”

Isabel Advirta, President of the Board of ILGA Portugal, and a mother herself, added: “It was about time that this discrimination against women in the Portuguese legal system was brought to an end. I am very happy for all the women and couples whose pregnancy projects will now have a greater chance of success, without them having to cross any borders to make their dreams come true.“
Portugal: NELFA feels delighted with the extension of medically assisted reproduction to all women