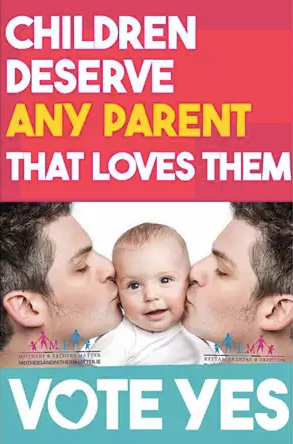 The Network of European LGBT Families Associations is exceedingly happy with the result of the civil marriage referendum in Ireland on 22 May 2015, extending marriage equality to same-sex couples. With a turnout of more than 60% and a Yes vote of more than 62%, the Irish public has made clear their full support for Equality and for Human Rights. Ireland is now part of the family on the right side of History.

Maria Von Känel, NELFA President, said: “We are extremely happy with this positive result. We expected the Irish people to vote for Equality, but the resounding Yes vote goes beyond our expectations and sends a very clear message about where the majority of Irish people stand on Equality for all. We understand why a referendum was needed in Ireland to settle this constitutional matter, but we in NELFA believe that human rights issues should not be put to a referendum. The right to equal treatment for all persons is universal and should not depend on a popular vote.”

Dominique Boren, NELFA Board member from France, added: “I couldn’t feel happier for my fellow European citizens from Ireland. This vote sends a strong message to the rest of Europe too. More and more European countries are voting for Equality. Love is unstoppable!”.

NELFA welcomes Ireland to the family!