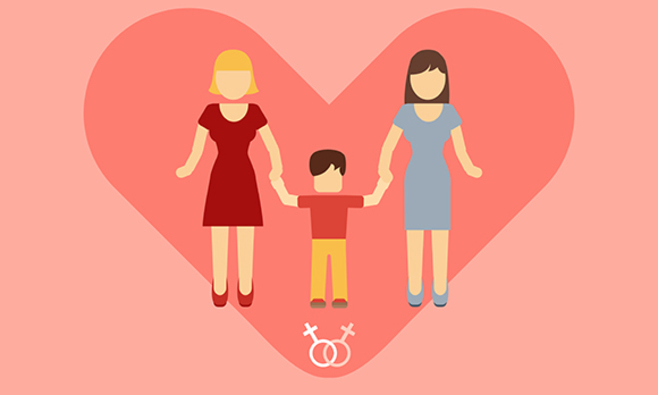 A lesbian couple from Turin successfully registered their son, born through medically assisted procreation: Chiara Foglietta, a Turin councillor, and her partner Micaela Ghisleni (both members of Famiglie Arcobaleno and active volunteers of NELFA), were – finally able to register their son. He was born in Italy through assisted insemination in Denmark. So far, this was not possible. Many fertility procedures are banned in Italy, under a 2004 law. Medically assisted procreation (ART) is only provided for ‘stable heterosexual couples’ shown to be clinically infertile. Ms Foglietta stated that the public records office suggested her to lie and to say that she had ‘sexual intercourse’ with a man, to get her boy registered. However, she refused. After some turbulent days, the mayor of Turin, Chiara Appendino (MoVimento 5 Stelle), took a courageous decision and registered the baby respecting the truth and the intention of its parents.

NELFA, the Network of European LGBTIQ* Families Associations, is delighted by the recent development in Italy concerning the rights of rainbow families.

Giuseppina La Delfa, NELFA’s Vice-President from Italy states, “This is a milestone in the history of our movement. The decision in Turin opens the doors to a national debate that I claim for years. Lesbian couples who rely on medically assisted procreation should no longer suffer from discrimination in Italy. In this case, the child had already two mothers when they decided to go abroad to start a family. This has to be recognised everywhere in the country. Hopefully, other mayors will be as courageous and will contribute to a triumph of reason. The registration of both parents is vitally important for the well-being of the child!”

Alexander Schuster, member of Famiglie Arcobaleno and lawyer of the couple, concludes, “It’s the result of four years of efforts. Why should the consent to sperm donor insemination by a different-gender de facto partner be different from the very same consent given by the same-gender de facto partner? I argued that the principle of protection of the child in case of ART, entrenched in our constitutional case law, applies equally irrespective of gender and sexual orientation. I convinced the mayor of Turin. Now, we will have to have this interpretation validated by the courts, but I am confident. To the best of my knowledge, no similar litigation strategy was launched in France and Germany, but the principle should be the same.”

Italy: A courageous decision and the triumph of reason!