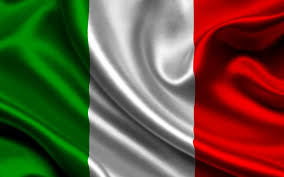 Tonight, the Italian Senate (one of two parliamentary chambers) voted in favour of a Same-Sex Civil Union and Cohabitation Bill which would establish an institution of civil unions for same-sex partners and cohabitation for all couples.

This is the first time that Italian parliamentarians have supported the legal recognition of same-sex couples.

However, in the final negotiations between the main political parties, two provisions were removed from the original bill, namely second parent adoption, and a fidelity requirement. If adopted, the law will allow discrimination against children in rainbow families to continue and perpetuate existing legal uncertainty.

The proposed legislation contains many encouraging provisions, such as equality in matters of tax, social security and inheritance. And yet, this historic bill has missed an opportunity to include all Italy’s children within its provisions.

“Voting in favour of legal recognition for same-sex couples is a hugely important and symbolic moment for LGBTI people in Italy. The Italian public already clearly demonstrated their support for greater equality when a million people all across the country came onto the streets a few weeks ago. But this is not the law that they supported – the LGBTI community had been calling for protection for couples and their children. The two amendments do not respect the dignity of existing LGBTI families.”

“Same-sex couples are raising children as we speak. These children already exist and have had to listen as some politicians derided their lives in an acrimonious public campaign. After all of that, children in rainbow families are still left in legal limbo and unprotected. Additionally, the removal of the fidelity clause (requiring the couples to remain faithful to each other) is simply an attempt to distinguish civil unions from marriage as much as possible.”

ILGA-Europe are deeply disappointed that this step towards equality for same-sex couples has been marred by divisive, polarising political discussions that ignore the reality of family life in Italy. We are also greatly concerned by the multiple incidents of homophobic hate speech by some Italian politicians recorded throughout the campaign, both from within the Senate and online.

Italy, an outlier among EU founding countries, had been under pressure to legislate following last year’s ECtHR judgment in Oliari and Others v Italy. The Court stated that the country was violating the European Convention on Human Rights by failing to provide legal recognition for same-sex couples.