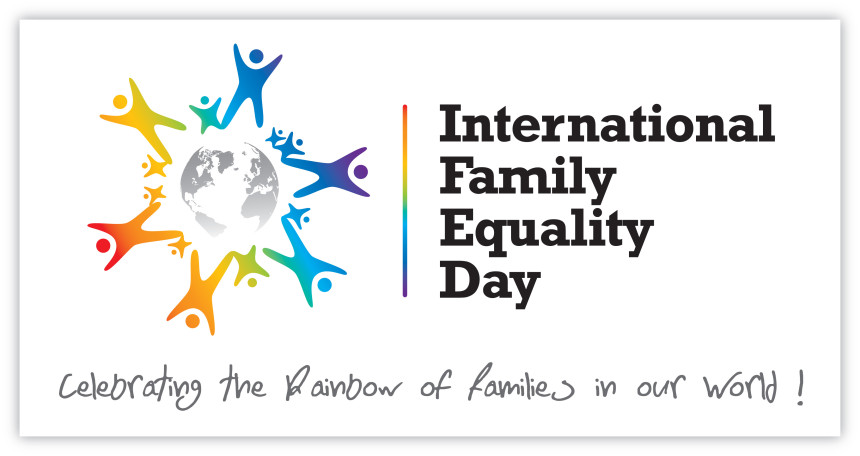 The 6th International Family Equality Day (IFED) was commemorated in 44 countries and over 100 towns worldwide. This means – once again – a record turnout. Under this years’ motto “LOVE MAKES A FAMILY” eight new countries joined the IFED-family: Argentina, Luxembourg, Belize, Brazil, China, Ireland, the Philippines and Thailand.

#IFED2017 got together with the International Day against Homo-, Trans- and Biphobia (IDAHOT), which this year had chosen the topic “Families” and invited advocates for LGBTIQ* equality, their friends and allies to take action from May 7 until May 17 all over the world to celebrate and support family diversity.

In Europe, the Rainbow Cities Network started to show an exhibition on families in 14 European cities (for example in Ljubljana), as well as in Mexico City and Sao Paolo. In Moscow, a Family Equality Festival took place and in Asia, the first Asia-Pacific Rainbow Families Forum was held in Hong Kong. Both events will be repeated next year.

The first IFED was launched in 2012 as a sign of solidarity and pride to promote equality for all families. The Council of Europe recognises IFED as an important tool to combat homo- and transphobia and to promote a tolerant and cohesive society. In its compendium of good practices of 2016, it highlights IFED as an opportunity to create visibility for LGBT communities, thereby raising awareness of sexual orientation and gender identity.