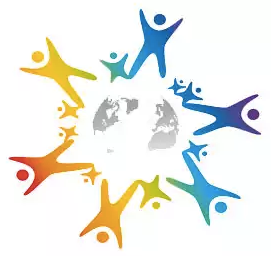 1 May 2016 – International Family Equality Day (IFED) – Celebrate the Rainbow of Families in Our World!

We are just one month away from the 5th International Family Equality Day (IFED). On 1 May 2016, LGBTIQ* family organisations from around the world will join together again to celebrate family diversity. Preparations are now in full swing for the largest IFED to date, with many local events. In 2015, IFED was celebrated in 32 countries and 67 cities worldwide. This year Ecuador, Norway, Russia, South Africa and Sweden will join us.

WHY? More and more children grow up in families where one or both parents self-identify as lesbian, gay, bisexual, trans, intersex or queer (LGBTIQ*). Families with LGBTIQ* parents, also known as rainbow families, exist in all parts of the world – regardless of the different legal, political and social circumstances in the various countries.

NELFA (the Network of European LGBTIQ* Families Associations) and its partner organisations aim to raise awareness of the urgent need for recognition of rainbow families, particularly with regard to freedom of movement. For that reason, the motto of the International Family Equality Day 2016 is “FAMILIES WITHOUT BORDERS”. Moving from one country to another should not jeopardise a family’s legal status. With this in mind, on this special day NELFA launches a message of solidarity to all those families of refugees and migrants who are either separated by borders or need to overcome inhumane difficulties in order to cross borders which can make the difference between life and death, dignity and humiliation. We are all members of the same human family wishing for a world where everyone can enjoy the same human rights, no matter what or where.

NELFA’s President, Maria von Känel, explains, “Still today a legally recognised rainbow family will not necessarily be treated as such when crossing borders. A married Spanish couple with two children might become ‘two single mothers’ with no legal ties between them when moving to Italy. Parents who are not legally recognised may not get residence or work permits.”

And NELFA’s Vice-President, Luís Amorim, adds, “We urge states worldwide to respect existing family laws and to protect all rainbow families. We also invite all countries that already recognise rainbow families to join us in celebrating IFED, as a sign of solidarity and visibility of all families as well as a sign of support for those families who still face discrimination.”

Share your impressions on social networks it would be published on: http://internationalfamilyequalityday.org/wordpress/live/